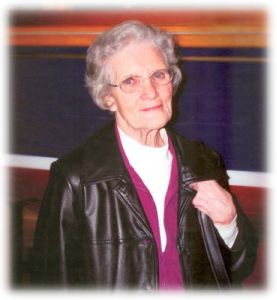 Dorothy was an enthusiastic member of NSLPS for ten years, from 1996 until she died in August, 2006. For most of that time she was a member of the Board. As a committed volunteer she was one of the staunchest supporters of NSLPS in her own quiet way. It was her practice to work behind the scenes giving time to important projects but staying out of the limelight. She must often have worked as hard as the President - but no one ever knew.

When NSLPS decided to go for Charitable Tax Status - a complex process because we were up and running - Dorothy did much of the work. She also worked hard on the Lighthouse Protection Act Committee, and she worked on NSLPS Workshops for Affiliates in 2001 and especially in 2003, a year when we really wondered if we could pull that off. Her contribution to these three activities was huge.

Dorothy became Trips and Programmes Coordinator in 2000. Though she often could not come on the offshore trips she used to be at the wharf whenever possible, sometimes driving over an hour to get there, to mark off who was there and see everyone safely on board. Dorothy made all the bookings with the Maritime Museum of the Atlantic (MMA), for meetings, public programmes and the AGM. This could be a lengthy and complex process.

As if all the above were not enough, Dorothy became the Mail Person, and was the one who slipped out of the meetings to plug in the coffee pot and put out the chocolate chip cookies and juice she had brought along.

Dorothy was quiet in Board Meetings, but when she was asked for her opinion it was always carefully thought out and valuable to the decision at hand. She showed her commitment to saving the lighthouses in another way: from 2000 she was a Sustaining Member of NSLPS. And finally, she remembers NSLPS in her will, which has helped us to upgrade this website.

Dorothy is sorely missed by all her friends in NSLPS.