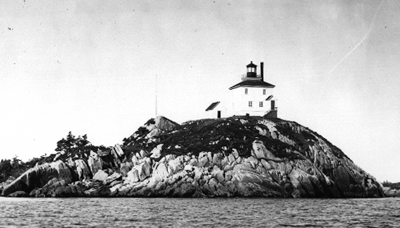 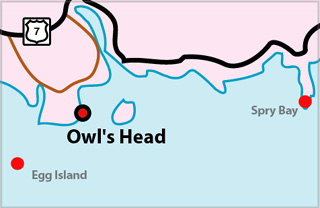 This lighthouse stood on the head, at the outer entrance to Ship Harbour on the Eastern Shore. The lantern was red on the roof of a wood dwelling painted white. Between 1966 and 1970 it was replaced by a skeleton tower with white slatwork daymarks. We believe that this lighthouse building is now used as a summer cottage.