A round fiberglass tower.

In 1989 the light was automated. It was still in good condition - it just needed a coat of paint, but it was replaced by a fiberglass tower. In1990 the "pepperpot" light was pulled over and burned by the Coast Guard. 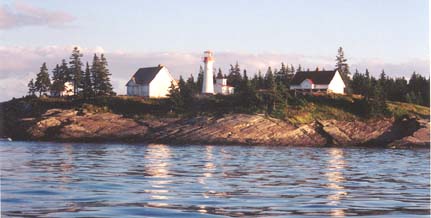 The keeper's houses remain at this automated and de-staffed station. The Mosher Island Preservation Society was formed in 1996 with the goal of preserving, protecting and promoting the Mosher Island Lighthouse property. The society has filed a proposal for preservation and sensitive development with the Department of Fisheries and Oceans.

Located on the east side of the island, at the west entrance to the LaHave River 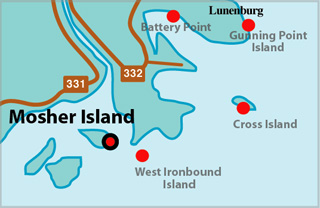