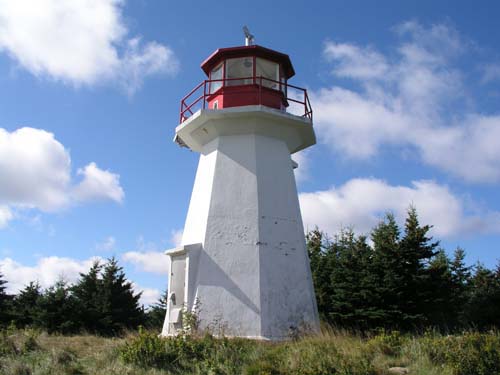 Margaree Island Lighthouse is situated on Margaree Island, also known as Sea Wolf Island, 8 miles SW of Margaree Harbour, Cape Breton. The shore of the island is bounded by submerged rocks. Swell rolls entirely around the island and there is also a strong tidal flow near the island and between it and the mainland. The building of the lighthouse was therefore important to the fishermen in the area. 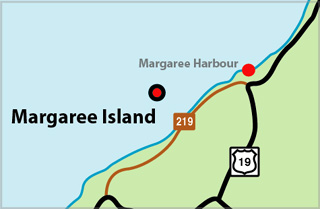