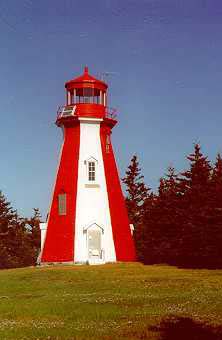 The building is a red and white vertically striped octagonal timber tower, 56 feet (17 m) high. The light is a white flash and is electric.

The engineer for the building of the light, which cost $3,489, was Joseph MacDonald. Originally it had a catatropic lens which was changed to a 4th order dioptric lens in 1966.

The light was electrified in 1985. It is now solarized, automated and unwatched. 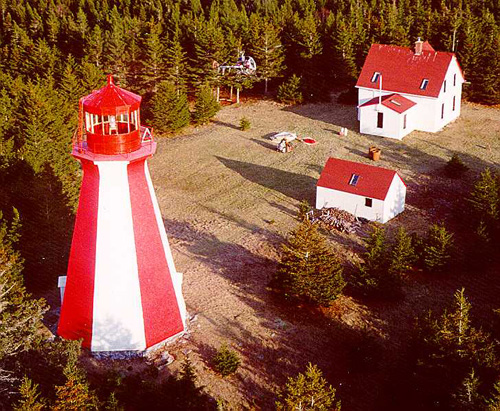 Henry Island has been privately owned since 1992. The lightkeeper's house, which had been completely vandalized has been restored to its original condition. The surrounding area has been cleared and grassed. The light is still maintained by the Canadian Coast Guard. 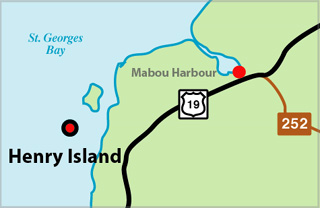 The light is located on the summit of Henry Island.